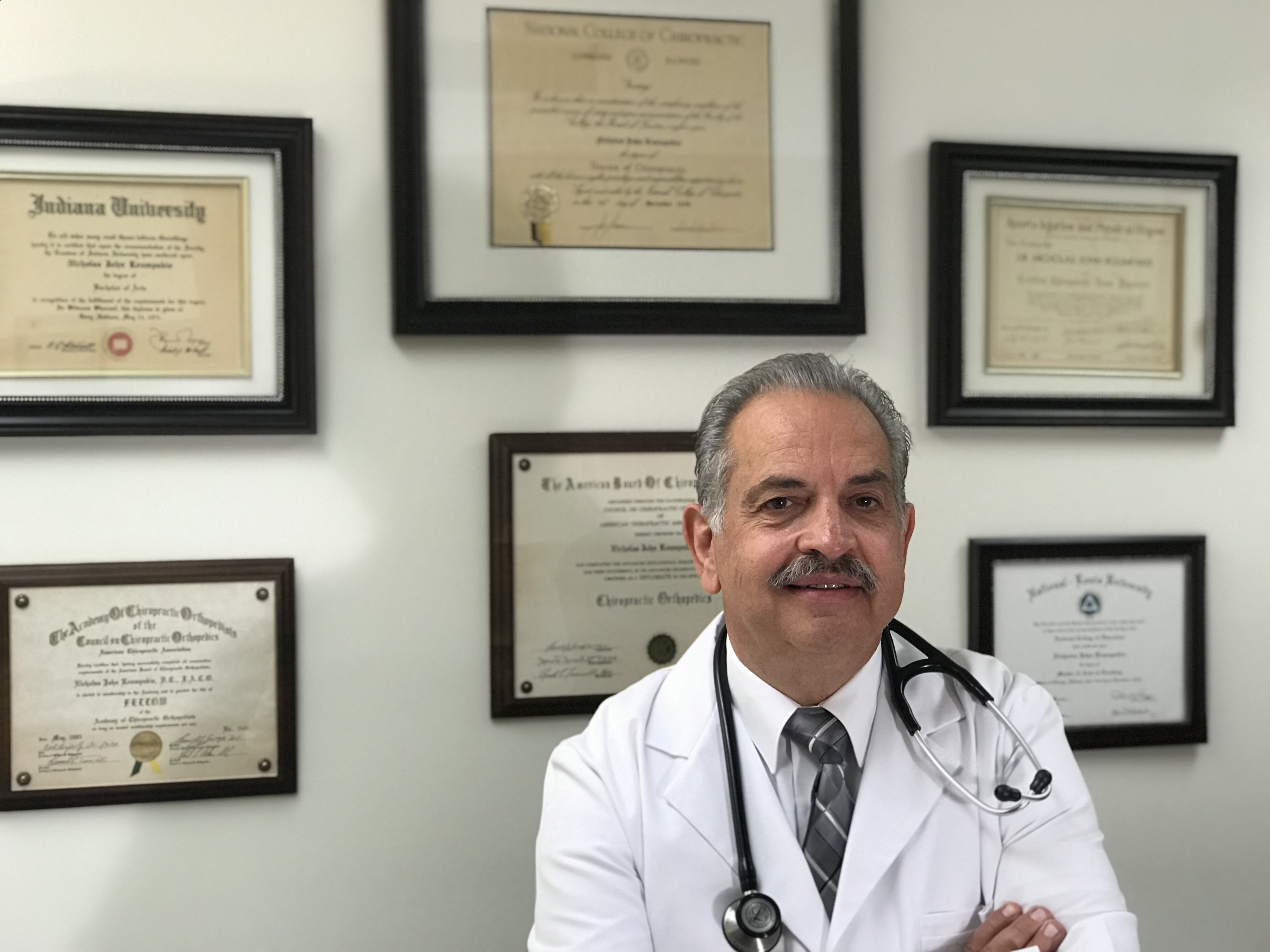 Dr. Nicholas J. Roumpakis has been licensed in the states of Illinois and Indiana since 1980. He attended Purdue University, and received his first Bachelor’s degree in General Biology from Indiana University and a second Bachelor’s degree in Human Biology as well as a Doctorate in Chiropractic Medicine from the National University of Health Sciences in Lombard, IL. He attended grand rounds in neurology at Loyola University Medical Center Maywood, IL, and completed an internship at the Chicago General Health Service, Chicago, IL. He continued post doctoral training and went on to earn certification in chiropractic orthopedics as a Diplomate of the American Board of Chiropractic Orthopedists, Fellow of the Academy Of Chiropractic Orthopedists, and in sports medicine as a Certified Chiropractic Sports Physician. He has served in clinical practices in Indiana and Illinois for 22 years, during which time he also served as physician for Calumet High School in Gary, Indiana, as well as having been a consultant to other region high schools. He later went on to earn his Master’s Degree in Teaching from National-Louis University in Wheeling IL, and then taught Biology, Anatomy & Physiology and Medical Assisting. He has also taken well over 500 hours of nutritional and functional medicine courses. He continues to take these courses to the present day as well as taking general medicine courses. These courses have included nutritional medicine prescribing, as well as interpreting and analyzing blood chemistry results for nutritional deficiencies and imbalances that are responsible for contributing to many conditions and ailments. During this entire time (40 years), he has been an examining physician for many Pop Warner and United Youth Football Leagues and other organizations in the Chicagoland and Northwest Indiana area, having performed thousands of physical examinations to athletes, cheerleaders, and general patients. He now has taken his expertise in physical examinations another step further by becoming a Certified Medical Examiner by the Federal Motor Carrier Safety Administration of the U.S. Department of Transportation, being listed in the National Registry of Medical Examiners. He stands ready through his experience and specialty education, to deliver the most competent and thorough examinations and evaluations for drivers in the trucking and commercial motor vehicle industry now in his Merrillville, Indiana and Matteson, Illinois offices.

We look forward to hearing from you.